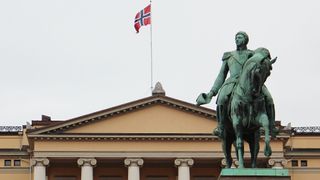 Telenor is to use Ericsson’s radio kit for the rollout of 5G in Norway, initiating the process of removing Huawei equipment from its infrastructure.

Ericsson’s Radio Access Network (RAN) technology will be used in Telenor’s network modernisation programme, a process which will take between four and five years.

The operator had worked with Huawei for a decade and will still use the company’s gear to power its 4G service and to provide 5G coverage in some areas in order to minimise disruption.

“When selecting the vendor for the radio access network, we have considered important factors like technical quality, ability to innovate and modernise the network, commercial terms and conditions, as well as carried out an extensive security evaluation,” said Sigve Brekke, CEO of Telenor Group.

“Based on the comprehensive and holistic evaluation, we have decided to introduce a new partner for this important technology shift in Norway.”

Huawei has been blacklisted in the US on national security grounds and Washington is urging its allies to follow suit. However the US has not produced any evidence to support its claims and Huawei has frequently and emphatically denied any wrongdoing.

US pressure has had limited effect on Europe, where Huawei has a significant presence. There is little support for a ban because of concerns that costs would rise and innovation would decline as a result. Meanwhile Huawei has called for a cross-industry approach to security.

However, security services in Norway had warned against using the company’s technology.