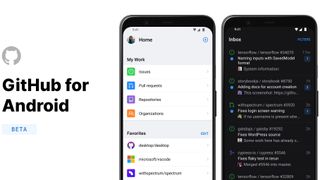 Developers will soon be able to continue working on their projects on the go as GitHub has launched a beta version of its software development platform for Android.

At last year's GitHub Universe, the company first announced GitHub for mobile and launched a beta for iOS. Now GitHub has decided to do the same for Android and interested developers can sign up to try it today.

The reason the company decided to launch a mobile version of its software development platform is because there is a lot you can do on GitHub that doesn't require a complex development environment such as sharing feedback on design discussions or reviewing a few lines of code.

GitHub has made these kinds of tasks easier to complete while you're on the go with a fully-native experience.

Users that signed up for the GitHub for Android waitlist will likely have already received an email invite with a link to test the new app.

However, if you missed the waitlist, you can still sign up to test the Android app though there are a limited number of spots available for the beta but more will become available soon.

With GitHub for Android, developers can review code, merge changes and collaborate with others from anywhere. Since the company's app is fully native, this means it supports multiple screen sizes and settings as well as dark mode.

To try out the GitHub for Android beta you will need a smartphone running Android 5.1 or later.