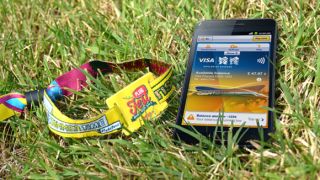 RFID wristbands are set to become a lot more prevalent

The technology that the live event industry is talking about – and for good reason – is Radio Frequency Identification (RFID). The exponential growth of these tiny chips at live events, usually integrated into a wristband, hit the headlines last year and is set to make waves in 2015.

Our event technology company, Intellitix, is the leading global provider of RFID solutions for festivals and live events, having started that revolution in 2010. Intellitix's technological advancements in the entertainment space have been recognised in Fast Company's annual ranking of The World's 10 Most Innovative Companies of 2015 in the Live Events category. The list honours leading enterprises and rising newcomers that exemplify the best in business and innovation including other honourees such as Apple, Google, Netflix, Tesla Motors, Ikea, L'Oreal and Toyota.

Since 2011, over seven million fans have interacted with the Intellitix platform at the world's best festivals and events including Coachella, Bonnaroo, Sasquatch, Tomorrowland, The Ryder Cup, and Taste Food Festivals. In this article, we're going to look at how RFID technology has reshaped the live event landscape, and also explore the future of the fully cashless event in 2015.

In its simplest form RFID is a tag which submits low level radio waves to a reader, sharing information with a central database with a simple tap or wave. Typically RFID chips are integrated into wristbands at live events, as wearable technology adds immense convenience to patrons.

I have worked in the entertainment industry all my life and it has never been a more exciting time in this space. RFID technology has opened up a world of new possibilities and our mission is to help enhance the live event experience.

The shift in attitude towards cashless payment through RFID wristbands changed dramatically in 2014 – there is now widespread acceptance of the technology and appreciation of its benefits. The advantages of a fully cashless event experience are numerous: faster transactions resulting in shorter queues, if any; no need to carry cash or credit cards with the risk of theft or loss; and more importantly, on-site revenue growth has been proven to increase by 15% to 30%.

In 2014 alone, we experienced a twentyfold increase in cashless transactions compared to 2013. More than four million transactions were made using Intellitix's cashless payment system, totalling more than $50 million (around £33 million, AU$64 million) in on-site spending.

There's no doubt that cashless payments are the future. I predict that this year, there will be hundreds of thousands of transactions using our new handheld devices that make it possible for fans to buy concessions from a roaming vendor.

One of the biggest trends to significantly grow in the events industry for 2015 will be the ability to link event contents with patrons, and to connect and strengthen brand relationships with these patrons through creative RFID brand activations. RFID technology gives event organisers and brand sponsors unprecedented opportunities to extend their digital reach through social media integration, unleashing a sheer power not yet accessible until now.

At Coachella in 2014, Intellitix installed 17 RFID 'hubs' across the event site next to various music stages for fans to check-in. With each check-in, fans gained access to exclusive Spotify playlists curated by guest stars.

At the end of the festival, patrons were sent a digital postcard that aggregated all of their event experience data – 'My Coachella Story' was instantly available to share online long after the event gates closed and the stages went down.

The future is at the tap of your wrist!

RFID and similar technologies (NFC, next-gen Bluetooth) are the future of live events. Our festival deployments truly showcase the power of RFID and confirm that this technology can be used to elevate patron experiences, increase bottom lines and efficiencies, and optimise the reach of an event by leveraging social content far beyond the event itself.

And the exciting thing is – in 2015 this will really shift into second gear!