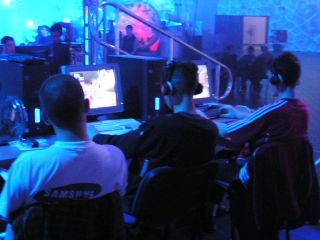 Are your five senses in balance? If not, then you might want to pick up the latest plastic gadget from Bandai and get them sorted out PDQ.

The red plastic box, which measures 105 x 120 x 87mm, has a greyscale LCD on the front and a hole to the right of the screen.

After choosing a character to play with, the user inserts his finger in the hole and gets a virtual representation of it onscreen. Really.

From then on in, it's simply a matter of using the real finger to guide the virtual finger towards poking any of a panda, an amoeba, a sea monster, a small stick man or a woman's face. That, we're told, makes people feel better.

If we were making this up it would still sound unbelievable, but we can at least rest easy in the knowledge that the Tuttuki Bako has some small purpose – it doubles as a digital clock too.