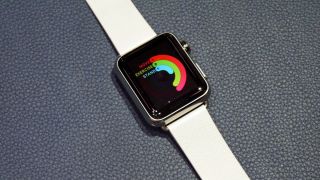 In its latest push into the healthcare industry, IBM is creating a new business unit to analyze and store data for the healthcare sector. Based in Boston, IBM's Watson Health unit will aggregate health data from providers and devices to offer insights to healthcare companies like Johnson & Johnson and Metronic.

Additionally, IBM is expanding its existing partnership with Apple. Originally, IBM would work with Apple to develop enterprise apps as part of the MobileFirst deal, but with Watson Health, IBM is also working with Apple on its health initiative.

"The move, which complements IBM's new Watson Health business unit, will arm medical researchers with a secure, open data storage solution, as well as access to IBM's most sophisticated data analytics capabilities," the company said in a statement.

The partnership will help Apple analyze and understand data collected from its latest foray into the healthcare sector with apps such as HealthKit and ResearchKit. The former collects user data from fitness devices and wearables, while the latter allows universities and research centers to efficiently conduct medical experiments with the participation of iPhone users.

"IBM will de-identify and store health data in a secure, scalable cloud system that enables researchers to access and share data in an open ecosystem environment, as well as have access to IBM's data-mining and predictive analytics capabilities," IBM said. IBM will store data on its Health Cloud. "Health and fitness app developers and medical researchers will be able to draw on data at a scale that until now has never been available."

Watson Health will analyze the anonymous data for meaningful trends.

Medtronics hopes to leverage the insights from Watson Health to create personalized care plans for people with diabetes.

IBM did not disclose the terms of the deals.

These deals are the latest in IBM's push into the health segment. Last month, IBM acquired AlchemyAPI.