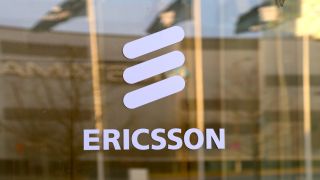 The US has suggested it could take a stake in either Ericsson or Nokia in order to mitigate the perceived threat of Huawei.

Attorney General William Barr said either the government, or a group of US companies, could make the transaction which would be a remarkable course of action and one that epitomises the recent hostility towards Huawei.

Chinese vendors have largely been excluded from the US market due to ongoing concerns about security, and Washington has urged its allies to ban the use of Huawei’s gear in their respective 5G networks.

The US has never produced any evidence to support its allegations, which Huawei has frequently denied. However the US’s push has been met with resistance in Europe where operators believe costs would rise and innovation would decrease.

There is no major US manufacturer of telecommunications equipment, meaning the US might believe the acquisition of a European giant would strengthen its position. The American government recently approved a funding package for rural operators who rely on cheap Huawei and ZTE gear to strip it out in favour of an alternative.

However any transaction would be expensive, with the value of either company amounting to tens of millions. It’s also unclear what government funding would be used and whether foreign regulators would be receptive to an approach from a foreign government.

Ericsson, in particular, has been keen to take advantage of the opportunities in the US market, opening new manufacturing, development and sales facilities in North America. Both it and Nokia will play a significant role in the UK’s rollout of 5G after the government imposed a 35 per cent cap on Huawei last week.