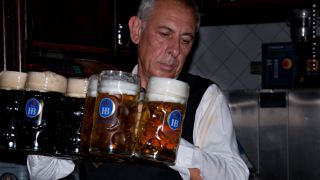 Time to celebrate for Windows?

Windows is back in favour in the German city of Munich as it explores the possibility of scrapping Linux after using the open source operating system for 11 years.

First reported by Tech Republic, two senior staff members at the City Council have reportedly sent a letter to mayor Dieter Reiter to request Linux's removal as the OS in favour of Windows due to a wealth of complaints from staff members.

One of the biggest gripes among staff is that Linux combined with OpenOffice or LibreOffice is often incompatible with certain parts of Microsoft Office. This includes documents appearing differently and other small errors.

"There are no programs for text editing, Skype, Office etc., installed and that prevents normal use," read the letter by the two.

To combat these issues, a majority of the council staff have simply been using their own devices, which could throw up various privacy and security issues due if the data were sensitive.

Currently, the Munich government employs a Linux-based OS known as 'Limux' and a customised version of OpenOffice. On the plus side, going open source brought along plenty of free software such as Mozilla Firefox, Mozilla Thunderbird and Gimp.

Up to 15,000 city staff members had to make the Linux switch then, and now a similar amount will likely be hit by a move back to Windows.

The mayor has so far been silent on the issue, but given there is already a strategic review underway, Windows could soon be reinstated to its position at Munich City Hall.