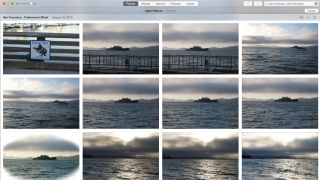 The new Photos app allows users to organize their photos into Moments, Collections, Shared albums, Albums, and Projects. The new app also allows users to convert their digital memories into analog ones with options to purchase prints and photo books.

In addition to the new Photos app, the update also contains bugfixes and performance improvements. OS X 10.10.3 should improve Wi-Fi and Bluetooth performance, improve reliability of screen sharing, and bring better security to the Safari browser.

Developers will find support for the new Force Touch touchpad on the new 13-inch MacBook Pro with Retina display and the new 12-inch MacBook.

Additionally, the update brings with it 300 new emoji to Apple's Messages app to keep it in line with the release of iOS 8.3 for iPhone and iPad users. The main feature of the emoji is the use of different skin tones as Apple embraces racial diversity.