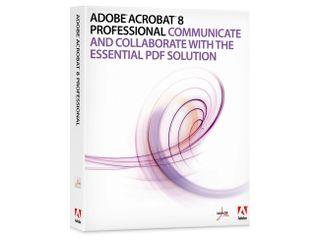 A serious flaw has been uncovered in Acrobat; Adobe has so far released a workaround

Adobe has admitted some of its most common software contains a vulnerability that could lead to users' machines being used for executing malicious software. The problem only seems to affect applications running on Windows XP machines with Internet Explorer 7 installed.

Acrobat and Acrobat Reader were the first affected apps, but now Adobe has issued a workaround for that problem - though not a patch. It announced last week that the Acrobat applications had vulnerabilities that could compromise the security of a system.

No fix until end of the month?

Now Adobe has issued updates for other apps including GoLive 9 and some of its very latest programs such as Illustrator from Creative Suite 3.

According to Reuters, Adobe admits the flaws may not be fixed until the end of the month and would have preferred to hold off telling the public until the fix was produced.

"That is the standard practice," Adobe security expert John Landwehr told Reuters. "There is a protocol that is fairly well understood."

However, details of the Acrobat flaws were reported elsewhere, forcing Adobe to go public.