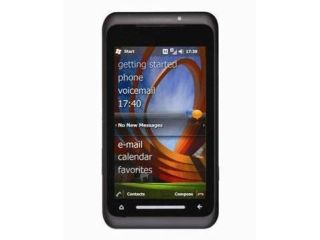 As expected Toshiba has announced that its TG01 phone will be elevated up to a Windows Phone on 6 October, with the handset now utilising Windows Mobile.

The Toshiba TG01 utilised Windows Mobile 6.1, but the arrival of 6.5 in October will give the handset a much needed push.

Microsoft is labelling anything using 6.5 (and presumably upwards) a Windows Phone, and the Toshiba TG01 is the latest in a series of announcements since the October 6 date was released.

People who already have the phone will be able to get a free upgrade.

"The arrival of Windows Mobile 6.5 and Toshiba's immediate adoption of the platform for the TG01 sees the handset become a fully-certified Windows phone, said Toshiba's announcement.

"The updated TG01 Windows phone will start to appear in stores across Europe from 6th October 2009.

"Toshiba customers who have previously purchased the TG01 will also be entitled to an upgrade to the new Windows Mobile 6.5, free of charge."

The TG01 looked like a great phone on paper, but was let down by its OS, so TechRadar will be looking with great interest at how 6.5 affects the handset.