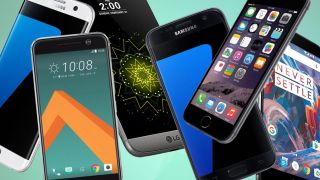 Micron has unleashed its first memory built for smartphones based on 3D NAND tech to allow for much better performance.

The company has produced a 32GB chip utilising 3D NAND, and based on the Universal Flash Storage 2.1 spec, which delivers much faster performance than the memory on current handsets, and therefore benefits such as faster boot-up and quicker loading in general, along with slicker HD video streaming and so forth.

Raw performance is only half the story, however, as 3D NAND stacks layers of storage vertically to pack in far more storage cells than traditional planar ('2D') NAND.

Micron says its 3D NAND die is up to 30% smaller than planar NAND of the same capacity, meaning it crams phone storage into a smaller space, potentially allowing for other components to be made larger, such as the battery. Or indeed for phones to be made more svelte and compact in general.

Whichever way you look at it, this is very good news all round for the midrange and premium smartphones this memory is targeting. Micron says that its 3D NAND mobile solutions are now sampling with vendors and will be 'widely available' to them by the close of this year. Handsets will then follow down the line…

A couple of weeks back, Western Digital announced its own fresh breakthrough with 3D NAND which boasts 64 layers of storage stacked vertically, and promises to deliver some storming SSDs to the market. Exciting storage times indeed.