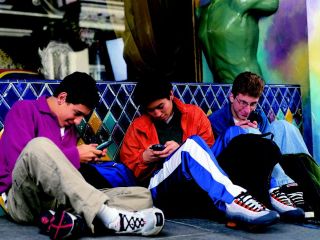 Text messaging is blamed for a decline in Irish exam standards

The growth of text messaging is damaging kids' writing abilities, a report on Irish exam standards has warned.

The review by Ireland's Department of Education into last year's exam performance by 15-year-olds claimed text messaging was hitting standards in English.

"The emergence of the mobile phone and the rise of text messaging as a popular means of communication would appear to have impacted on standards," an Irish Times report quoted the Department of Education's chief English examiner as saying.

"Expertise in text messaging and email in particular would appear to have affected spelling and punctuation," the chief examiner reported.

The use of abbreviated words, phonetic spelling and lack of punctuation were affecting conventional spelling and grammar, the review claimed. There was also an undue reliance on short sentences, simple tenses and a limited vocabulary.