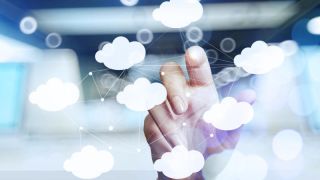 Companies around the world prefer to have multiple databases in multiple locations over multiple platforms, according to a report unveiled at the Percona Live 2019 event in Amsterdam. Respondents from over 85 countries participated in the survey, many of whom offer cloud and SaaS solutions to startups, growing businesses, and established enterprises.

While over half the respondents run up to 25 databases instances in production, some larger organisations even have over 10,000 instances. The report suggests that as the companies scale up operations, they need databases to interact with more and varied applications: “Each application may or may not play well with an existing database. This has led to database specialisation. The prevalence of database options is leading more companies to pick open source database technology based on the application use case.”

Another surprising trend is that despite the number of options on offer, relational DBMS continue to dominate, with over 90% of the respondents using them. Interestingly, 73% choose to use both a relational database as well as a NoSQL purpose-built database. The survey claims that when it comes to NoSQL, MongoDB Community is the clear winner. But note that while the survey does track usage of other NoSQL databases as well, it doesn’t directly compare their adoption with MongoDB.

Cloud is a different story

The survey points out an interesting trend; while most survey respondents are well-informed about using open source technology in the cloud, they often find themselves tied to cloud vendors with a single solution and large monthly costs. Over half the respondents avoid public clouds, which is dominated by AWS.

The report goes on to point out that despite the popularity of containers and the advent of orchestration options like Kubernetes, there aren’t many who are using containers to run databases. In fact, the survey discovered that only a third actually put Kubernetes into production and an even smaller percentage use Kubernetes for databases. Another interesting highlight in the report is how changing the software license influences adoption criteria or behavior.

Besides the report, Percona also plans to make the raw data available to allow anyone to look for different trends: “We want to provide the community with a way to get this data, and use it and to make all open source databases better,” says Matt Yonkovit Percona's Chief Experience Officer: “We want them to see like “oh, this is where this industry is going; here’s my target demographic; here’s the concerns; here’s what I should focus on, here’s what I should change my model to”.

Those looking to learn more can download Percona's full report for free.