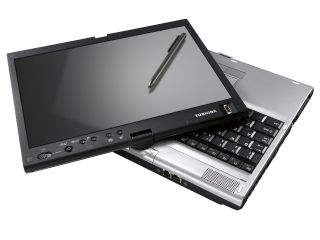 Toshiba hopes for more success than with 2009's Portege

Toshiba is looking to release an Android tablet device in the near future, with an appearance likely in the next month.

According to Digitimes, the new Android tablet would have a 10-inch screen and likely Android 3.0 (also known as Gingerbread).

The new model would launch in September or October, meaning it would likely pop up at IFA next month, so rest assured TechRadar will be there, cameras at the ready, should it surface.

Toshiba apparently intends to ship 40,000-50,000 units of the tablet PC in the last quarter of the year, as it tries to compete with the Apple iPad and Samsung Galaxy Tab.

HP is also looking to build an Android PC for September, and will be using ARM architecture under the hood to offer a powerful solution.

The new tablet will (predictably) come with a printer - although we've no idea if brown sauce will be included as well.