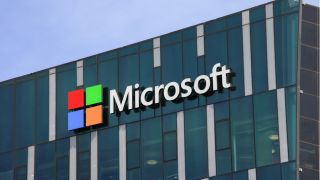 Microsoft has announced that it will invest $1bn in OpenAI as part of a multi-year partnership with the San Francisco-based nonprofit aimed at developing AI supercomputing technologies on its Azure cloud computing service.

OpenAI was founded back in 2015 as a nonprofit with $1bn in funding from Sam Altman, Peter Thiel and LinkedIn co-founder Reid Hoffman. Earlier this year though, the group created a for-profit entity to allow it to bring in additional outside investment.

OpenAI has made a number of advances in the field of AI since its founding, including teaching a robotic hand to perform human-like tasks entirely in software which cuts down the cost and time needed to train robots.

Microsoft's investment in OpenAI will allow the group to pursue artificial general intelligence (AGI). AGI is highly sought after in the industry as this form of AI will allow computing systems to master subjects as well or better than the best humans in the world.

OpenAI's CEO Sam Altman explained why AGI is so important to the future of AI in a statement announcing the partnership, saying:

“The creation of AGI will be the most important technological development in human history, with the potential to shape the trajectory of humanity. Our mission is to ensure that AGI technology benefits all of humanity, and we’re working with Microsoft to build the supercomputing foundation on which we’ll build AGI. We believe it’s crucial that AGI is deployed safely and securely and that its economic benefits are widely distributed. We are excited about how deeply Microsoft shares this vision.”

According to Microsoft, the two companies will work together to build new AI technologies on its Azure cloud computing service and OpenAI will move many of its services to Azure with Microsoft being its preferred partner to commercialize new services.

Both firms declined to say whether Microsoft's investment would be made in cash or whether it would involve providing OpenAI with Azure credits.