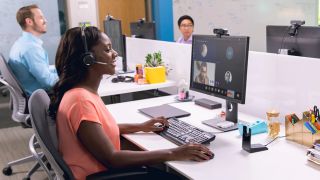 Microsoft Teams suffered a lengthy and embarrassing outage yesterday, with the problem caused because Microsoft forgot to renew a security certificate (yes, you read that correctly).

As The Verge reports, Teams was down for a period of around three hours on the morning of February 3.

The downtime began at around 9am, and just after 11am, a fix was rolled out – with the problem resolved for most people by midday.

Microsoft subsequently revealed that the issue was caused by an authentication certificate expiring, which is a pretty staggering oversight for a software company of Microsoft’s size and clout.

Particularly seeing as the company makes software which is capable of monitoring for issues such as an imminent certificate expiration. Microsoft might sell this software, but seemingly doesn’t use it…

Out of the blue

Sadly, this isn’t the first time Microsoft has suffered – or rather users have suffered – at the hands of an expired certificate. As one commenter observed, Microsoft’s Azure cloud empire was hit by a serious outage because of an expired SSL certificate, albeit this was seven years ago.

Microsoft Teams, as you’re likely aware, is the firm’s Slack rival which was launched back in March 2017. In just over two-and-a-half years, it hit 20 million daily active users. So doubtless there were a lot of annoyed people yesterday morning…