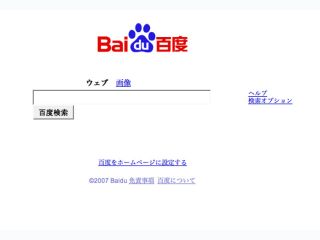 Microsoft is on the verge of signing a deal with Chinese search giant Baidu – which could give the US software giant's Bing brand a major push in global search.

Baidu is the dominant search engine in China, well ahead of Microsoft's rival Google, and the US giant is keen to forge key links in one of the key growth regions in the world.

The terms of any deal remain under wraps, but the suggestion is that Baidu will take over the paid advertising on Ning's Chinese site, while Bing results will be used for Baidu's English language site.

It is not the first time these two companies have teamed up, with a strategic agreement in the past over paid search listings.

Google's dominance of search has been a thorn in Microsoft's side for a long time, and the huge investment in Bing has shown that the Redmond-based giant is prepared to splash the cash in order to compete.

In the US, Bing has had an impact on Google's market, although that success story has not been replicated on a global scale.

The Chinese market makes a lot of sense for Microsoft, where Google's relationship has been soured by its near-withdrawal over an attack on Gmail that left the search giant openly critical of the Chinese authorities.

Through that entire sequence of events Microsoft refused to get involved, maintaining a good relationship with the country.

There remains a good deal of controversy over the way in which the government in China expects search results to conform to its policies on restricting certain information.