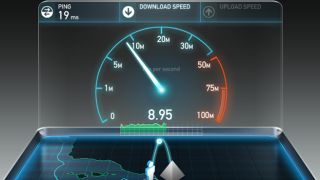 The UK is making good progress, although it's still some way behind Scandinavian nations

Akamai has released its 'State of the Internet Report' for Q3 2015, and it brings forth some illuminating statistics on broadband speeds in the UK and worldwide.

Looking at the global picture first, the average internet connection speed around the world is now 5.1Mbps, which is up very slightly (by 0.2%) on the previous quarter, and up 14% on Q3 last year.

Norway is also very much worth mentioning in third place, as its average climbed to 16.4Mbps, an increase of no less than 44% year-on-year, which is by far the most major progress made towards the top of the table.

As for the UK, we hit an average of 13.0Mbps, which is up a very healthy 10% on the previous quarter, and 21% year-on-year, leaving us in fourteenth place in the global rankings.

Akamai found that broadband adoption rates in the 15Mbps plus bracket (which the company defines as '4K ready') in the UK increased the most, reaching a total of 28%, which represents a yearly growth of an impressive 43%. Given that, it's not surprising that the overall average connection speed was up considerably in this country.

The US found itself in sixteenth place with an average connection speed of 12.6Mbps, which was up 9.4% year-on-year.

No less than seven European countries are in the top 10 of the average connection speed global rankings, and these include Sweden and Norway as already mentioned, along with Latvia (number 4), Switzerland (number 6), Finland (number 8), the Netherlands (number 9) and Czech Republic (number 10).

European nations are also leading the world when it comes to IPv6 adoption, again dominating the top 10, taking eight of those places when it comes to the largest amount of content requests Akamai witnessed over IPv6 in the third quarter.