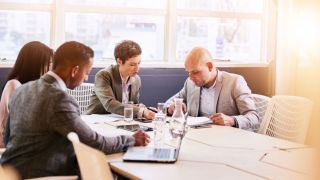 In the statement to the LSE, Hytera confirmed that it may make a possible offer for the entire issued and to be issued share capital of Sepura, and it has confirmed to the Board of Sepura that any offer, if made, is likely to be solely in cash.

The LSE statement continued: ‘There can be no certainty that any offer will be made, nor as to the terms of any such offer. As a consequence of this announcement, an “Offer Period” has now commenced in respect of the Company in accordance with the rules of the Code.

‘As required by Rule 2.6(a) of the Code, Hytera is required, by not later than 5.00 p.m. on 2 December 2016, either to announce a firm intention to make an offer in accordance with Rule 2.7 of the Code or to announce that they do not intend to make an offer, in which case the announcement will be treated as a statement to which Rule 2.8 of the Code applies. This deadline may be extended with the consent of the Takeover Panel in accordance with Rule 2.6(c) of the Code.’

The statement concluded: ‘A further announcement will be made in due course, as appropriate.’

Cambridge-based Sepura has run into trouble over the last year after running up a large amount of debt following the takeover of Spanish PMR manufacturer Teltronic. It had to raise £65 million in funding in May to help its cash situation. The firm has issued two profit warnings this year.