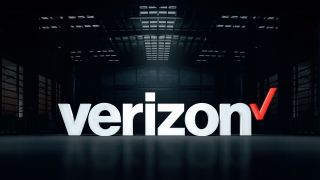 China's largest telecommunications equipment maker Huawei has announced that it is suing the US wireless carrier Verizon for alleged patent violations.

The Chinese company sued Verizon in two US District courts in Texas this week, over how the wireless carrier allegedly used 12 of its patents related to computer networking, download security and video communications without authorization. In addition to an unspecified amount of compensation, the lawsuit is also seeking ongoing royalty payments from Verizon.

Following the news that Huawei had launched a lawsuit against it, Verizon released a statement in which it downplayed the allegations and compared the matter to a PR stunt, saying:

“Huawei’s lawsuit filed overnight, in the very early morning, is nothing more than a PR stunt. This lawsuit is a sneak attack on our company and the entire tech ecosystem. Huawei’s real target is not Verizon; it is any country or company that defies it. The action lacks merit, and we look forward to vigorously defending ourselves."

According to Huawei, Verizon has “profited greatly” from its technology and the telecoms equipment maker said that the wireless carrier's Wireline segment, which provides voice, data and video communications products and services, brought in $29.8bn in 2018.

In its own statement regarding the lawsuit, Huawei's chief legal officer Song Liuping explained why the company is taking Verizon to court over the alleged unauthorized use of its patents, saying:

"Verizon's products and services have benefited from patented technology that Huawei developed over many years of research and development. For years now we have successfully negotiated patent license agreements with many companies. Unfortunately, when no agreement can be reached, we have no choice but to seek a legal remedy. This is the common practice in the industry. Huawei is simply asking that Verizon respect Huawei's investment in research and development by either paying for the use of our patents, or refraining from using them in its products and services.”

Huawei and Verizon have previously met face-to-face six times to discuss the matter since February of last year, according to the lawsuits. However, now that the Chinese company is suing the US wireless carrier, both companies will have to meet again in court as a trial date has been set for March.