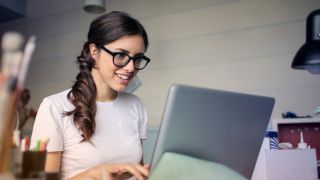 This A-Level results day saw girls overtaking boys in scooping up the top grades. It also saw a promising uptick in entries for STEM subjects such as computing, physics and chemistry.

So, at a foundational level, things appear to be going in the right direction for the future of the UK’s digital economy. But the picture is a lot more nuanced than it might first seem. While the number of girls taking science subjects has risen above boys for the first time, there is still a significant gender gap in computing, with more than six times as many males than females choosing it at A-level.

Like any industry, the tech sector can only benefit from a more diverse workforce, where a broader range of backgrounds and views can meet challenges in different ways. Not having a STEM-specific qualification needn’t be a barrier to a career in tech – my first job out of university was as a receptionist at a software company.

However, with fewer girls participating in technical computing courses at school level, there will naturally be a knock-on effect when it comes to roles like product development, systems engineering or consulting and how many females make up these roles.

To continue building on the momentum shift we are seeing in the tech industry, we need a collaborative effort across government, industry and education to make sure that the barriers to STEM subjects, and indeed the perception of what it takes to get into a tech career, continue to be broken down, and that girls feel equipped to gain the right experience and qualifications to succeed.

Nicky Tozer is the VP of EMEA at Oracle NetSuite.

Generating excitement around STEM subjects has to start at an early age. Schools should look to run as many taster sessions as possible on what it is like to study computing or science. For example, many schools in the UK have signed up to initiatives such as the First LEGO League or the VEX robotics competition to get young pupils engaging with design and build, and also programming robots.

This approach also needs to be coupled with mentoring schemes to offer the right advice and support to those considering higher education and a career in STEM. The industry has traditionally relied on male role models, but we should find and champion more women who can act as guiding examples of what’s possible, and inspire female students to follow in their footsteps.

I think it’s also important to make girls aware of the other routes into the industry that don’t necessarily start with technology-focused roles. Another effective route that many are looking to is apprenticeships, as they allow candidates to work and learn at the same time.

Supporting gender diversity in tech doesn’t just stop at school or university. Many women who do get a foot in the door in the technology industry may perceive a need to break the glass ceiling. This is where mentorship is critical and is something I’m personally committed to at Oracle NetSuite.

For over 13 years now, Oracle has run a dedicated Women’s Leadership Programme, which has a mission to develop, engage and empower current and future generations of female leaders within the business. The programme offers women the chance to develop their skills through workshops and webinars.

I also think informal one-one mentoring is critical in business and it doesn’t happen enough. By building relationships with other women around the business, I have been able to better understand the goals and aspirations of women on my team. You also feed off each other, and insights from other women have given me a tremendous amount of direction and motivation to keep pressing ahead.

Fundamentally, I think women in STEM careers need to view themselves as successful business professionals, not successful female business professionals. Women should feel empowered to be better than other candidates and to push for the next role, regardless of the gender they are up against. Figures show that female-founded startups are on track to have a record year for venture investments in 2019, so clearly we are heading in the right direction – but there is more to be done.

Instilling this confidence and belief in women has to start at an early age. The summer results day season serves as a timely reminder of the progress that is being made when it comes to girls undertaking STEM subjects, but it also highlights the gaps that are left to fill. It’s through dialogue, mentoring and coaching that women can flourish in the STEM sector and this has to start soon.

Nicky Tozer is the VP of EMEA at Oracle NetSuite.