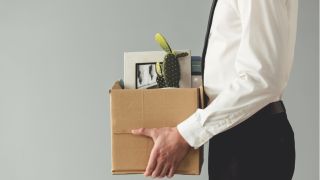 Google has announced it is shutting down its Google Hire job search site after just two years.

The service was launched back in 2017 in an attempt to make hiring easier for applicants and companies alike, and was  built into G Suite, allowing for other tools such as Docs and Calendar to be used to help book meeting rooms, scheduling appointments, and sharing feedback on candidates.

However Hire has now been handed its marching orders in what Google says has been a "difficult decision" that will allow it to better focus its resources on other products.

"While Hire has been successful, we’re focusing our resources on other products in the Google Cloud portfolio," Google said in an FAQ for customers.

"We are deeply grateful to our customers, as well as the champions and advocates who have joined and supported us along the way."

Hire won't be closing immediately, the company says, with service actually extended for over a year. T

he official shutdown date will by September 1, 2020, and in even better news, Google says it will no longer charge customers for Hire subscription after their next payment, although this means no new features will be added.

Users whose Hire contract expires before September 1 2020 will also be able to extend their subscription to this date for no extra costs, and existing G Suite subscriptions are not affected.

Hire is the latest Google service to get the chop in recent months, with the company shuttering multiple services, including social network Google +, popular email service Gmail Inbox, and instant messaging tool Hangouts, although the latter has recently received a stay of execution until January 2020.