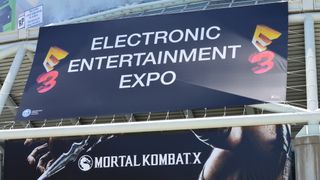 It's that time of the year again: E3 2014. The hot Los Angeles sun is out, the air is fresh and the sky is a brilliant blue but we won't be catching any vitamin D rays. Instead, we'll be inside (so business as usual) covering Sony, Microsoft, EA, Nintendo, Ubisoft and more - way more.

We're hoping to see a lot of games for the PS4 and Xbox One, but we're wondering what Nintendo is going to show us on Tuesday - maybe something to finally boost Wii U sales?

Valve's Steam Machines are also expected to grace the show floor in some capacity despite Steam OS and the Steam Controller being delayed.

We also have a long list of Oculus Rift games to demo and expect virtual reality to have a larger presence this year thanks to the addition of Sony's Project Morpheus.

Check out our video for more on what we're excited to see during this year's Expo, and keep checking back for the latest breaking news from Monday's conferences!