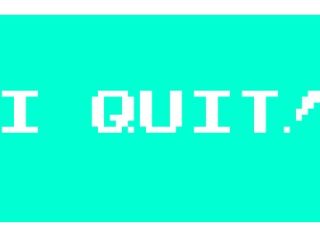 If you have ever sweated and worried over writing and handing in a resignation letter, then the latest 'Super Mario resignation game' created by a games dev over at 2K Games is sure to inspire and entertain in equal measure.

The Australia-based games dev didn't want to do the boring old 'writing a meaningless letter' thing to tell his boss and colleagues he was throwing in the towel to try his luck in the world of independent game development.

Instead, Jarrad Woods' announced his resignation in style, with a slightly reworked version of Super Mario Bros mashed up with his own title Polychromatic Funk Monkey.

You can play Wood's resignation game yourself, directing Mario over those familiar blocks to the end of the level where a flashing "I QUIT" sign pops up.

Check it out online at www.farbs.org. Genius.