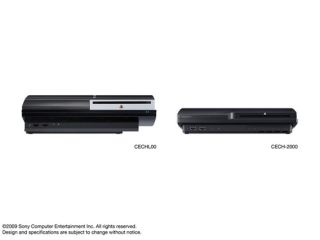 Sony's new TV ad for its PS3 Slim console has popped up on YouTube, confirming that the console will be available in the UK from September 1. And also confirming that Sony's advertising mavericks have found themselves a new strategy.

Instead of 'slightly bewildering leftfield weirdness' the Sony marketers seem to have plumped for the more literal 'does what it says on tin' approach.

Gaming is just the start

The ad also confirms that the PS3 Slim will cost £250 in the UK, so expect to see some decent bundle deals from the likes of Game, Gamestation, HMV, Play.com and Amazon start to appear next week.

"Get more from your games console," is the kicker.

Sony's PlayStation 3 Slim will ship with a 120GB hard drive is 32% smaller, 30% lighter and uses 34% less power than its chubby elderly brother.