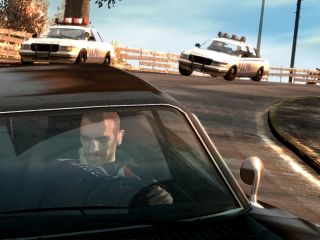 The NSPCC is the latest addition to the GTA-hate bandwagon

The NSPCC has become the latest voice to speak out against Rockstar's so-called "paedophile" website in Grand Theft Auto IV.

Zoe Hilton, tNSPPC's policy co-ordinator for child protection, said: "It is disturbing that it is meant to be funny and that it is glamorising something that is really shocking and upsetting."

"I just think it is in very poor taste and they should withdraw it."

This latest and greatest GTA debate, was kicked off by The Sun newspaper earlier this week, sparked by the recent discovery of a website on the in-game internet at www.littlelacysurprisepageant.com – apparently a parody of a paedophile website.

Players visiting the URL find a screen from the police that says "We see it all. We know it all". This is followed by their criminal 'wanted' rating hitting the full five stars.

As the British media at large gets increasingly excited about this one, Rockstar has again declined to comment, but it seems this is one slice of controversy for the oft-beleaugered games company that might stick around for a while.

Techradar will keep you posted with any further developments.