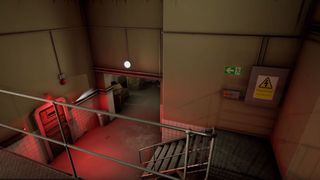 If there's one classic N64 game that people desperately want to see in remastered form, it's the fantastic licensed movie tie-in, GoldenEye 007.

Unfortunately, licensing issues prevented GoldenEye 007 from appearing on the Rare Replay compilation released last year for Xbox One, leaving many fans of the game heartbroken.

Though Rare has stated that it may still make another GoldenEye game, that hasn't stopped modder Jude Wilson from recreating one of the game's most memorable levels using the Unreal 4 engine, giving us an idea of what it might look like if it were created in 2016.

From Modder With Love

Wilson chose to recreate the famous Facility map from GoldenEye, leaving us itching for the chance to roam the level's halls while wielding dual pistols and leaving proximity mines all over the place *wipes away nostalgic tear*.

This isn't the first Nintendo classic to be given the Unreal 4 treatment – modder Aryok Pinera recently made a super realistic world for Mario to run around in using Epic's development tools.

Check out the GoldenEye 007 video below, and then just try and get that incredible soundtrack out of your head – it's impossible.