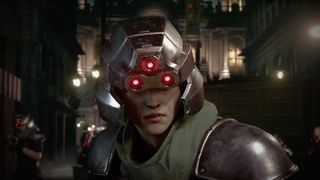 Over the weekend, Square Enix revealed a new trailer for the hotly-anticipated remake of PS1 classic Final Fantasy 7. It also revealed in a later press release that the game will be receiving an "episodic" release, though it wasn't mentioned at the show.

The trailer, which clocks in at just over 2 minutes long, shows us some familiar faces and an all-too-familiar Midgar, all recreated and looking distinctly less cartoonish than they were in the original game.

What's most interesting is that it appears the Final Fantasy VII remake won't be released all in one go, but will instead be episodic. "Final Fantasy 7 Remake will be told across a multi-part series, with each entry providing its own unique experience," said Square Enix.

It's a tad vague, but we're intrigued to see where the developers are going with this. Check out the new trailer below.