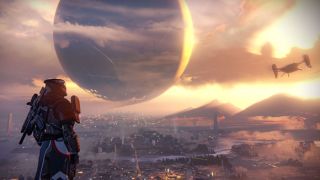 Just when you wrote off a Destiny sequel as a unicorn we'll never see, Activision and Bungie went ahead and announced the next chapter is coming.

The news was packed in with several other announcements, but that's the big one: A full Destiny sequel will release in 2017.

In addition, a large expansion is due later this year. This is after a sizable update arrives in the spring.

The spring update will feature a "significant" Light increase, new gear and new challenges for PvE players. Just what's in the expansion is still unknown.

Destiny 2 was apparently delayed, as reported by Kotaku, but now it's on paper - at least virtual paper - that we should look to 2017 for a brand-new game.