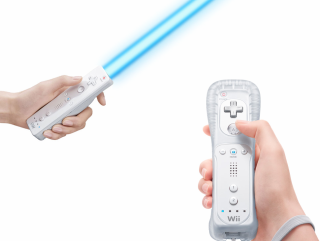 Remember that mysterious new Nintendo Wii UPC code we reported on the other day? The one that indicated Nintendo was going to release a new version of the Wii console?

We thought it might have meant a new colour, or perhaps a Wii that had integrated DVD movie playback. But no, it turns out that the 'New Pack' is actually just the Nintendo Wii packaged up to include the new silicon Wii Remote jacket.