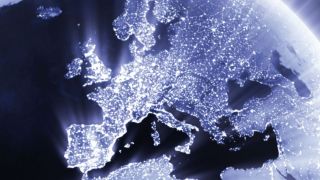 Hype. We all love it: the latest band, the latest blockbuster movie, the latest hot restaurant, we love the sizzle every time. And techies love hype more than anyone , the

This love has been carefully catalogued by Gartner with its hype-cycle, that yearly depiction of all that’s new and wonderful in the world of IT. A close look at the current version will reveal, halfway up the first curve, well on its way to the Peak of Inflated Expectations, lies 5G.

Over-hyped? You mean technology that the British government, for one, is betting its future on?  If you doubt, then you’re turning a deaf ear to some prominent industry voices just lately.  First, there was BT CEO Gavin Patterson wondering how telcos were meant to make money from the technology. Then to rub things in, there was Johan Wiberg, CTO of Vodafone stating how 5G was overhyped and “would benefit operators in the first two years of roll-out mainly by helping them to slash operating expenditure when providing mobile broadband services.”

These are just individual voices, high-powered ones to be sure, but individual points of view. But they’ve now been joined by an influential group, the 5GIA (the 5G infrastructure association), an EU-backed body.

Speaking at a global 5G event held in Seoul at the end of November,the 5GIA was presenting its latest road map for 5G deployment. Announcing a variety of European initiatives, the group sounded a warning.  “It is important to highlight that besides 5G Pan-EU Trials, similar activities and initiatives are planned or already taking place in other countries and regions across the globe. In that respect, it is very important to avoid premature “5G” launch announcements and the subsequent potential fragmentation among the different countries, which would hurt both industry and consumers.”

These are wise words, but it seems that scarcely a day goes by without some 5G trial being announced and some landmark achieved. This is not to knock these efforts, the arrival of international 5G, which is what, 5GIA is looking for, will be achieved by all these individual efforts, as long as they’re being delivered through international co-operation.

As 5GIA set out, there are plenty of initiatives that European operators are involved in, but many of them are national, with little cross-border collaboration. While that needs to change, there must also be an understanding that 5G should move beyond laboratory trials into a meaningful technology. The roadmap says that the “main goals of such trials are the validation of 5G technologies in multivendor and multi-user environments. Verifying the stability and advantages in the environments will be an important step in moving 5G technologies from the R&D laboratories into the market.”

But there’s more, an “equally important goal is to increase the understanding of the new possibilities 5G technologies offer in industry segments which are less ICT focused and thereby, help to jump start 5G adoption across a broad range of industries,” states the roadmap.

And it’s here that one starts to see the benefits of 5G: it’s when an industry group finds a purpose for the technology, beyond the confines of download and upload speeds, and beyond the ticking-off of industry firsts.

5G will make an impact when it’s allied to a particular vertical market: when it can be the catalyst for something brand new that’s beyond existing technology. 5GIA makes much of the European Championship, the four-year football tournament that, in 2020, will be held across a variety of European countries. As such, it will offer a great test-bed for the way in which the technology can be deployed, for the benefit of the football fans – either by providing entertainment/information, for station security or for optimizing public transport.

It’s a rather specialist application and, for sure, there will be many other practical deployments of the technology but the point has made – it’s not the 5G technology that’s important but the way that  it’s being allied with a vertical sector. That is why the 5GIA roadmap calls for so many vertical players to be involved in the various European trials.

The end product of the Gartner hype cycle is the Plateau of Productivity: the nirvana that all these technologies aspire to. But, there are many of these that have fallen by the wayside – who remembers Emergent Computation these days? An examination of these hyped technologies sets out just how many have died a death.

No-one is suggesting that 5G will end up in the  graveyard of thwarted technologies, too much has been invested in it for that, but it is important that we take a measured approach to it. To ensure that it’s always tied to users’ needs and to ensure that equipment vendors’ claims for the first, the fastest, the best or whatever are taken with a pinch of salt.

Used the right way, 5G has all the attributes to be a truly transformative technology. Let’s make sure that the hype doesn’t overwhelm the usefulness.