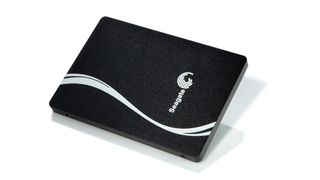 Online backup service Backblaze has tested a wide range of hard drives from five of the top manufacturers to discover just how reliable they are.

Additionally, Backblaze has some 2TB Seagate LP drives and 3TB Western Digital Green drives, which it found were unreliable for its primary use, resulting in numerous errors.

These are low-energy storage devices, and Backblaze believes that vibration and spinning down when not in use is the cause of the problem. They have also been eliminated from the test.

The results show that Seagate drives generally performed the poorest, with the highest annual failure rate across all capacities.

The 2GB Seagate Barracuda LP and 3GB Barracuda XT, both with an average age of two years, clocked in with an annual failure rate of 7.2 per cent and 7.3 per cent respectively.

However, Seagate really fails when it comes to the 1.5TB Barracuda 7200, with an annual failure rate of 25.4 per cent. They are ageing a bit, at an average 3.8 years, but the failure rate is more than double that of similarly aged storage from the same maker.

The biggest let-down is the 1.5TB Barracuda Green, which had a whopping 120 per cent annual failure rate. These were, on average, less than a year old, but Backblaze did speculate that they were refurbished models, since they were acquired as part of warranty replacements from Seagate. This may be skewing the results.

While Western Digital drives performed decently in comparison, it was Hitachi that stole the show, with annual failure rates for its Deskstar range between 0.9 per cent and 1.5 per cent, even when they're ageing a bit. Backblaze said it would buy all Hitachi drives if the price was right, but they have been more expensive than rival brands in the past.

Some drives also had problems, but did not fail completely. Of these, Seagate had the highest incident rate at 0.28 per cent, followed by Western Digital at 0.17 per cent. Qualifying Hitachi drives only had trouble 0.01 per cent of the time, making them the clear winner for reliability.

If the above was not clear enough, a chart showing the survival rate of the three brands over 36 months puts Hitachi in the lead at 96.9 per cent, Western Digital not far behind at 94.8 per cent, and Seagate in a dismal position at just 73.5 per cent.

Of course, with Western Digital now owning Hitachi's storage unit, it is arguably the biggest winner in this test.