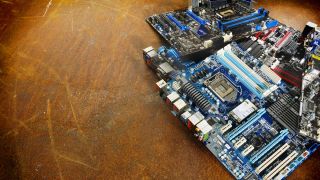 AMD has made some big changes with its architecture at CES 2016 including announcing a new efficient Polaris-based mobile graphics chip and now it has a new standard socket for its desktop processors.

Christened the AM4, the new socket brings with it DDR4 memory and USB-C support – but most importantly it finally aligns the company's CPU and APU families under one socket. Specifically, users will be able to drop in both Summit Ridge (the rumored octo-core CPU) processors and Bristol Ridge APUs into the new standard.

AMD says it will come as a big help to users who will no longer have to do extra research or find themselves unable to upgrade to a new processor because of incompatible sockets. What's more, the AM4 socket will be found on every type of computing device whether you're trying to build a regular tower, gaming machine or a workstation.

AMD declined on commenting when and which CPUs will be the first new chip to adopt this new standard, but we should be seeing them soon in the coming months.

On top of a new processor socket, AMD has also announced a new APU called the A10-7890K – though this one will continue the tradition of fitting in AM3+ and FM2+ motherboards. With unlocked CPU and GPU cores, users will be able to push this chip to a max turbo speed of 4.3GHz. It also supports AMD FreeSync monitors and USB 3.1 Type-C and comes and M.2 SATA SSD connectors.

AMD also has a new processor fan called the Wraith Cooler featuring metal blades and a constant RPM speed. The chip maker claims its new CPU cooler is 90% quitter and runs at just 39dba, but it still manages to move 35% more air. To get there, AMD designed the new fan with a much larger heatsink that includes 24% more cooling fin surface area.