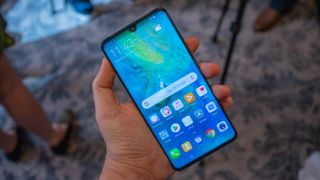 The race for leadership in the 5G world might still be in its early stages, but China is already making moves to become a pioneer in 6G networks.

Su Xin, head of a 5G technology working group at China’s Ministry of Industry and Information Technology, said Beijing started work on 6G earlier this year but does not expect commercial networks to be ready before the end of the next decade.

He told the China Securities Journal that 6G would be the ‘G to end all Gs’ because he expected several different technologies to support wireless communications and therefore future advances would be iterative rather than generational.

However, it’s worth noting that similar claims were made about 5G.

“5G has three application scenarios: large bandwidth, low latency, and wide connection – I think 6G can achieve better application in all three scenarios,” he is quoted as saying, suggesting that speeds could reach up to 1Tbps in the real world.

China is expected to be one of the leaders in 5G networks thanks to strong government support, the presence of major vendors like Huawei, and because mobile operators need the additional capacity to cope with explosive demand for mobile data.

Leaders of the project told TechRadar Pro earlier this year that 6G would fulfil the capacity and latency promise of 5G by delivering the architectural shifts required and through the use of Artificial Intelligence (AI).