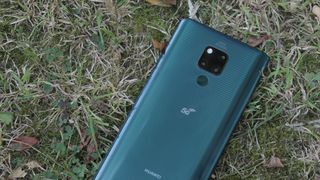 The American government is proposing legislation that would provide rural mobile operators with access to up to $1 billion in public funding to replace infrastructure made by firms such as Huawei across their networks.

Chinese vendors have largely been excluded from the US market, with major carriers opting to use radio equipment from Ericsson, Nokia and others. However a number of smaller providers use  kit from Huawei and ZTE because it is relatively expensive.

However earlier this year, these companies were effectively blacklisted by the US, preventing them from doing business with US suppliers. A temporary reprieve is in place to allow Huawei and ZTE to support their US customers, but it appears as though the government is pursuing a different course of action.

The House Energy and Commerce Committee, which comprises both Republicans and Democrats, has put forward a bill that would require the US Federal Communications Commission (FCC) to offer financial support to replace equipment.

Huawei has frequently denied any allegations that its products are a security risk, while the US government has produced no evidence of any wrongdoing. Nonetheless, Washington is now urging allies to follow its lead and ban Huawei from their 5G deployments.

European operators have frequently voiced their opposition to any ban, arguing that excluding Huawei would result in decreased innovation and higher prices.

A GSMA report suggested the cost of replacing Chinese-made gear would be as high as €55 billion (£48.6bn), while the rollout of 5G could be delayed by up to 18 months.

However a report from Stand Consult said examples from the USA and Australia showed that not using ZTE or Huawei had not increased prices or delayed rollout.

The report said that because European operators need to replace significant amounts of aging or non-upgradable radio kit regardless of the Huawei ban, the cost would be much less. Strand estimates the cost of replacing Huawei or ZTE kit that could be upgraded to 5G is around $3.5 billion.