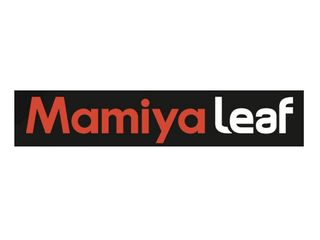 Mamiya and Leaf have teamed up to produce medium format cameras

Digital medium format photography has been somewhat dominated by companies which provided digital backs that would attach to analogue film bodies. Companies such as Phase One and Leaf made such backs.

Other companies, such as Hasselblad, and more recently, Pentax, made integrated designs which meant that the imaging sensor couldn't be removed.

The biggest competition for all medium format photography though comes from mainstream cameras produced by Nikon and Canon, whose "full-frame" image sensors are smaller and boast fewer pixels, but come at a much more affordable price.

A top-end pro Nikon or Canon camera, such as the Nikon D4, or Canon 1DX will set you back in the region of £5,000. When compared with the £25,000 and upwards cost of medium format cameras, it really is no contest.

It is thought, however, that Mamiya and Leaf's co-operation could lead to a more level playing field, as the companies will be able to share information and resources to bring down the costs.

Stay tuned for more information on the partnership, and any new cameras that may arise from it.