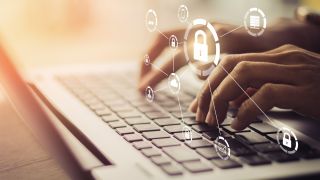 While Microsoft officially ended support for Windows 7 this month, all of the major antivirus software makers plan to continue supporting their products for the near future.

Although there are a few exceptions, most vendors have confirmed that their products will continue to run on Windows 7 systems for at least two years until 2022 according to the German antivirus testing laboratory AV-TEST which used its connections in the industry to reach out to companies such as Kaspersky, F-Secure, Carbon Black and others.

Since Microsoft stopped providing free security updates for Windows 7 as the operating system recently reached its End of Life, these antivirus products are desperately needed for those who have yet to or are unable to update to Windows 10.

Enterprise customers are the only ones who are still eligible for Windows 7 security updates through Microsoft's Extended Security Updates (ESU) program but these updates cost between $25 and $200 per workstation depending on whether a company is running the Enterprise or Pro version of Windows 7 and the amount of time they'll need the updates for.

Small and medium-sized businesses (SMBs) as well as home users are not eligible for Microsoft's Windows 7 ESU program. As a result of this, they'll have to rely on antivirus software to help fend off cyberattacks and other threats that may try to exploit new bugs in Windows 7.

Continuing to use Windows 7 without signing up for the ESU program can lead to serious security risks which is why Microsoft went as far as to urge users to update to Windows 10 though fullscreen pop-ups starting last year.

According to AV-TEST, AhnLab, BullGuard, Carbon Black, FireEye, G Data, Ikarus, Kaspersky, K7 Computing, Microworld, Quickheal, Seqrite and ThreatTrack have not announced that they will end support for the Windows 7 versions of their antivirus software which means users will be protected for at least another two years.

You can check to see if your antivirus software will be supported on Windows 7 by visiting AV-TEST's blog post on the matter.