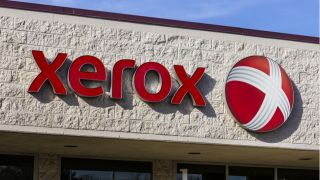 After HP's board unanimously rejected its first bid, Xerox is now threatening a hostile takeover of its much larger rival in the printing business.

The firm sent a letter to HP's board of directors in which it urged the company to reconsider its buyout offer or it would be forced to take its case directly to its shareholders.

Vice chairman and CEO of Xerox, John Visentin penned the letter in which he argued that there was no reason to delay the combination of the two companies, saying:

“The Xerox Board of Directors is determined to expeditiously pursue our proposed acquisition of HP to completion—we see no cause for further delay. Accordingly, unless you and we agree on mutual confirmatory due diligence to support a friendly combination by 5:00 p.m. EST on Monday, November 25, 2019, Xerox will take its compelling case to create superior value for our respective shareholders directly to your shareholders. The overwhelming support our offer will receive from HP shareholders should resolve any further doubts you have regarding the wisdom of swiftly moving forward to complete the transaction.”

In its initial offer, Xerox agreed to pay $22 per share for HP and this would consist of 77 percent in cash and 23 percent in stock.

However, HP's board unanimously rejected the bid and argued that Xerox's offer significantly undervalued HP and was not in the best interest of its shareholders. HP is also a much larger company with a market value of $27bn which makes it about three times the size of Xerox.

HP's board called Xerox's declining revenue into question when it rejected the firm's initial bid, saying:

"We note the decline of Xerox's revenue from $10.2 billion to $9.2 billion (on a trailing 12-month basis) since June 2018, which raises significant questions for us regarding the trajectory of your business and future prospects. We have great confidence in our strategy and our ability to execute to continue driving sustainable long-term value at HP."

John Visentin did include a deadline of November 25 for both companies to reach an agreement before appealing to HP's shareholders in his letter, so we'll have a pretty good indication of Xerox's next move soon.