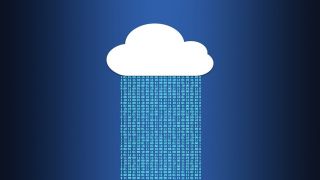 Every application you design and roll out has a long history behind it. There were business requirements initially, the reason the app needs to exist in the first place. There was a phase when you likely discussed the platform to run the app and how to manage it. Then the real work starts. Most applications go through three distinct phases to build, test, and deploy it.

As you can imagine, this process of app development involves some complexities not just in how you go through those phases but also in how you update the app for maintenance purposes. Known as the “code pipeline” it is a way to continuously deliver the code needed to run an app.

AWS CodePipeline is an Amazon cloud service that helps companies automate how this process works. By maintaining the code pipeline, companies can define the workflow behind how they go through the different phases of application development and also how they make infrastructure changes (something that can also be well--defined and automated).

Before diving into some of the benefits of automating and managing the code pipeline, it’s important to explain why this is even an important process.

Application development is difficult enough already. As mentioned, there are the business requirements that define what type of app to create, and those requirements can change (as any developer can tell you). During the development process, there are many factors to consider, such as the user interface and graphics, the features and functions needed to run the app, any compliance and endpoint security issues that might arise, and which platforms will be used to run the application. Of course, it doesn’t end there. Even after fully building and testing an app, then deploying it, there will be a need for ongoing updates for features and security.

AWS CodePipeline removes some of the complexity related to how this workflow takes place. Without it, companies sometimes resort to an ad hoc or undefined process, especially at smaller companies. Or they divide and conquer and assign different teams to different parts of the workflow, and communication can easily break down. There is one pipeline you use to coordinate the pipeline and keep track of it, rather than dividing it out to the staff.

An example of this is when a retailer decides to create a new app for customers to search for products. From the very beginning of the project, it’s clear to everyone involved where the code resides and how it will be developed, tested, and deployed. There is a clearer understanding of the stage the code is in at all times, and there is one point of control for releasing new versions and then managing the updates and new features you release later on.

This all creates a more streamlined process, one that leads to better apps that reach customers faster and more experimentation with new cutting edge features.

Because of how AWS CodePipeline removes some of the complexity and overhead to making applications (building, testing, and deploying), it becomes easier and faster to deploy them. There’s a newfound efficiency because it’s clearer to the entire technical department and particularly the developers on how the pipeline will function and how to manage it effectively.

Related to this is a cost-savings that comes from using a more efficient process. AWS CodePipeline uses a cost structure that is based on the deployments you actually conduct, so there are no fees for the setup and configuration or a subscription model for having access to the pipeline in the first place. As you expand features, develop more apps, maintain and update more often, then your costs can shift and scale accordingly so there are no surprises.

Other than developing mobile and business apps faster and the savings related to paying only for deployments as you go, another benefit is related to iterating on features and receiving feedback. Imagine the old model of app development is more like a house of cards. One or two changes and the cards come crashing down, so it’s often easier to just keep things the same way.

With AWS CodePipeline, the structure of your app and deployment is more obvious, predictable, and well-managed so it means you can iterate on features and receive feedback on them, without the typical concerns that small changes might cause disruption.

The end result is that you deploy richer apps and reach customers faster, and integrate into other Amazon services including AWS CLI (Command Line Interface), AWS CloudFormation (for provisioning apps), or the AWS SDK (Software Development Kits).

CodePipeline not only integrates with other Amazon services but also with your existing IT infrastructure and tools. For example, it works with the popular version control software platform GitHub in a way that won’t interrupt your current development process. In the end, it’s meant to help companies develop applications more efficiently and in a more predictable way.