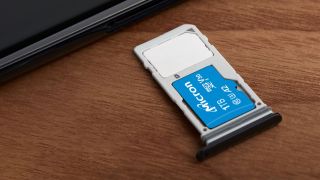 Micron says it has received all the licences it requested from the US government in order to sell its products to Huawei.

The memory and storage specialist has struggled with a slowing market for chips as well as the ongoing trade dispute between the US and China that has seen tit-for-tat levies imposed on various goods.

This was exacerbated by Washington’s decision to blacklist Huawei on national security grounds, a ruling which prevents the Chinese firm from doing business with US companies.

Huawei is Idaho-based Micron’s biggest customer and although it had determined that it could legally ship some of its products to Huawei but not others – impacting revenues.

Huawei has frequently denied any allegations that its products are a security risk, while the US has not produced any evidence to support its claims. Meanwhile, several US companies had complained about the blacklisting because it denied them valuable revenue streams.

Washington has eased its stance slightly, promising to issue licences to firms who want to sell non-sensitive goods. To date, Microsoft has been the most high profile recipient of a licence, allowing it to supply Huawei with the Windows 10 operating system.

Speaking to investors, Micron said it had reached a “cyclical bottom” in Q2 but expected to recover in the coming quarter. However it does not expect the licence to have a huge impact in the immediate future because it would take some time to ensure its components work in Huawei’s newest handsets.

“We believe that we’ll be able to get back to working with them and qualifying our products, and then within a few months we should be in a much better place - assuming of course that no changes occur in terms of the U.S. trade policy as it relates to Huawei,” Micron’s chief business officer Sumit Sadana told Reuters.