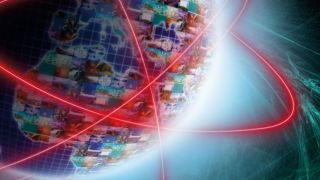 The not-for-profit organization responsible for allocating and registering IP addresses across 76 countries in Europe, the Middle East and parts of Central Asia, the RIPE Network Coordination Centre has announced that is has allocated the last remaining block of its IPv4 addresses.

IPv4 addresses are 32-bit numbers used to uniquely identify devices on the internet, though there are only 4.2bn IPv4 addresses in existence globally.

By announcing that it has run out of these addresses, RIPE NCC increases pressure on network operators while also raising concerns about scalable internet growth. Thankfully, the not-for-profit organization will also receive any IPv4 addresses which are returned to it.

Any of the IPv4 addresses that are recovered by RIPE NCC after this point will be allocated via a waiting list. However, this is expected to be only a few hundred thousand per year and nowhere near the many millions of addresses required by networks today.

Since 2012, it has been anticipated that the number of IPv4 addresses would run out when RIPE NCC reached its final allocation of addresses from IANA.

IPv4's successor, IPv6 has not yet been widely adopted and today much of the internet still runs on the older IPv4 network. The run-out of available addresses has serious ramifications since network operators may have to use complex and expensive workarounds or adopt IPv6 to meet the demands of customers.

Registration services and policy development manager at the RIPE NCC, Nikolas Pediaditis called on stakeholders to support the roll out of IPv6 in a statement, saying:

“With IPv4 exhaustion, we risk heading into a future where the growth of our Internet is unnecessarily limited – not by a lack of skilled network engineers, technical equipment, or investment – but by a shortage of unique network identifiers. Therefore, we call on all stakeholders to play their role in supporting the roll-out of IPv6.”

IPv4 scarcity is a major concern for the RIPE community and in 2019, a survey of 4,161 network operators and other stakeholders revealed that a third of respondents ranked IPv4 run-out as among the top three challenges facing their organization with over half (54%) saying they will need more IPv4 addresses in the next two to three years.