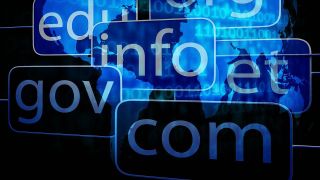 Getting your hands on certain web addresses could be about to get more expensive after the manager of .org domains announced it is set for a takeover.

The Public Interest Registry (PIR) announced that it will be acquired by the private equity firm Ethos Capital and as a result of the acquisition, the price of .org domains could soon increase substantially.

This could certainly make things confusing for consumers as the top-level domain .org has typically been associated with non-profits while .com was reserved for commercial entities.

In a press release announcing the acquisition, CEO of the Public Interest Registry, Jon Nevett did his best to reassure non-profits that its change in ownership won't affect the .org community, saying:

“Since the inception of Public Interest Registry, our mission has been to enable the .ORG Community to use the Internet more effectively and change the world for the better. That will not change.  We have enjoyed a long and successful relationship with the Internet Society, and are thrilled that we will be able to continue – and expand – our important work with Ethos Capital while sustaining our commitment to the .ORG Community going forward.”

Previously, PIR was a non-profit domain registry but once the deal closes during the first quarter of next year, it will officially be part of a for-profit company.

Earlier this year, the internet registration outfit ICANN agreed to remove price caps on rates for .org domain names and this came as a shock as to many non-profit organizations which just can't afford to pay a higher price for their domains.

When the idea of removing price caps on these domains was initially proposed in March, feedback on the move was less than positive and only six of the 3,000 public comments on the proposal were in favor of the decision according to Review Signal.

After the public comment period closed, PIR published an open letter in which it said that it had “no specific plans for any price increases for .org”. However, now that PIR is part of a for-profit company, this could certainly change and non-profits and other institutions which have relied on inexpensive .org domains for years could have to pay a great deal more than they currently do.

While it would be ideal if PIR kept .org pricing consistent with what it is now, the chances of that are unlikely and non-profits should begin preparing to pay more to keep their sites up and running in the future.