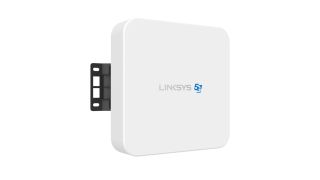 The connected home division within the Belkin International and Foxconn Interconnect Technology (FIT) entity, Linksys has unveiled a family of new 5G devices for the home and office at CES 2020.

5G is the fifth generation of wireless technology and it will offer greater speeds for faster downloads, lower latency for improved network reliability and the ability to connect even more devices at the same time. As worldwide rollout and adoption of 5G grows, Linksys is prepared with new hardware designed to harness the latest cellular technology that will also support smart cities.

The first device the company announced at this year's CES is the Linksys 5G Mobile Hotspot. With this new hotspot, users can take advantage of the best performing wireless technology and WiFi standard with 5G and WiFi 6 for fast, seamless connectivity anywhere. The Linksys 5G Mobile Hotspot also includes a USB port for quick charging to ensure that all of your devices are powered up and optimally connected at home or on the go.

The company also announced its new Linksys 5G Modem which will allow users to access 5G broadband speeds at home. The modem's capabilities can even be extended further by adding Intelligent Mesh Technology with Linksys Velop systems to cover an entire home with uninterrupted high-speed connectivity.

In addition to its new 5G modem, Linksys also announced its Linksys Velop 5G Mesh Gateway which conveniently combines the power of 5G networks with the flexibility of the company's Intelligent Mesh Technology. The devices supports AX/WiFi 6 in a two-in-one modem and router solution that can work with other Linksys Velop systems to expand mesh coverage and blanket an entire home in optimal WiFi.

At CES, Linksys also expanded its lineup of WiFi 6 routers with the Dual-Band Mesh WiFi 6 router and the Velop WiFi 6 system.

The rollout of 5G networks and 5G enabled smartphones will improve connectivity on the go but with Linksys' new 5G routers and modems, consumers can also benefit from increased internet speed at home or in the office.