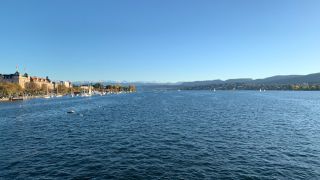 Some Swiss regions have suspended the use of new mobile sites constructed for 5G due to health concerns.

The country is one of the most advanced 5G nations in Europe, with Swisscom and Sunrise among the first to launch next-generation networks. Speeds and coverage outpace other nations in the region and the government itself is interested in using 5G for applications like smart farming.

However, Switzerland is also home to a vocal community of anti-5G campaigners. Protests have taken place in major cities while rural mayors have declared their desire to remain ‘5G-free zones’.

Central to campaigners' arguments is that 5G networks will use higher band frequencies (such as millimetre wave) and that new networks require more access points, such as small cells.

However, experts say the entire body of research available refutes these claims, while World Health Organisation (WHO) recommendations are that 5G is safe.

Under Switzerland’s federal structure, the 26 regional cantons that make up the country have significant powers and are responsible for assessing safety under criteria decided by the Federal Office for the Environment (FOEN)

According to the FT, some Swiss cantons have suspended the use of 5G antennas until they await further guidance from the FOEN on adaptive antennas. TechRadar Pro understands the FOEN currently has no advice on the new antennas and wants to conduct more tests in real life conditions.

Until that testing is completed, the FOEN cannot provide an enforcement aid for the cantons. This means the cantonal suspensions are still in effect.

Swisscom says Swiss regulations are ten times stricter than those dictated by WHO, but added it understood the concerns about the new technology.

As for the new restrictions, Swisscom has said work on its 5G rollout would continue, but that its network would not operate at full capability for the time being. Even so, speeds of up to 2Gbps will be possible.

It is unclear how long it will take for the FOEN to conduct its testing, but there could be further problems on the horizon. The Swiss Medical Association has advised caution and under Switzerland’s direct democracy, any petition with more than 100,000 signatures can trigger a referendum on the matter.

It is reported there are two petitions at the signatory stage – one that would leave operators liable for any damage caused by radiation and another that would impose limits on radiation emissions. It would also give residents in a local gemeinde the chance to veto any mast construction.

There have been similar protests in the UK. However the Advertising Standards Authority (ASA) has banned a poster that made alarmist, unfounded claims about the threat of 5G to public health.