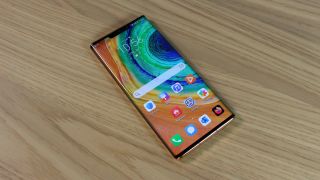 Huawei has revealed it shipped 6.9 million 5G phones in 2019 as sales of next-generation connected devices was higher than expected.

The company said the sales reflected its "relentless commitment" to the development of 5G technology, which it says is available to more customers than any other vendor.

Huawei has invested billions in its 5G research in the past few years as it looks to establish itself as one of the world leaders in connectivity, with its network infrastructure products such as base stations and routers making up key parts of many existing 5G networks across the world.

This is despite the company still being engaged in a long-running dispute with the US over concerns its technology could be used for illegal surveillance - a claim Huawei has long denied.

Huawei is the world's largest maker of mobile networking equipment and the Chinese firm has repeatedly denied that its equipment could be used for spying, with industry warnings suggesting that banning the Chinese telecom giant outright would cost billions of dollars.

The news comes shortly after Samsung claimed it had also enjoyed stronger 5G device sales than expected, with the South Korean giant stating it sold 6.7 million 5G phones in 2019

The company claimed that this figure made up over half (53.9 percent) of the global 5G marketplace, although this may now be called into question given Huawei's supposed higher sales number.