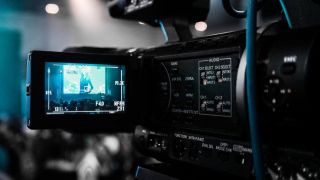 The sports broadcasting industry has rapidly evolved in recent years, and the move of live broadcasting to the internet, utilizing over-the-top (OTT) infrastructures will provide new opportunities in advertising. The benefits to promotional sponsors are three fold; video-on-demand (VOD) will allow more people than ever to view sporting events, creating a bigger advertising pool; a younger, more ad-receptive audience will be attracted to these platforms; and OTT services will enable for the distribution of more personalized advertorial content.

For the first time in the UK, Amazon Prime’s recent dip into Premier League broadcasting provided an alternative to traditional linear channels. Their claim that ‘millions’ tuned in, is a snapshot into the potential reach of OTT services. What is more, the monetary potential of these platforms, may well lead to the democratization of sports fixtures. It is important to examine these affects, and what they mean for the broadcasting and advertising industry, as the future of streaming TV now confronts us.

OTT levels the playing field and democratize’s access to sports fixtures for everyone, meaning people will no longer have to pay premium prices for access to their favorite teams through a Sky or BT Sport subscription. Amazon Prime’s recent showing of Premier League football matches is a great example of this. After spending £90m on a three-year package of rights to Premier League football matches, the OTT streaming platform became the first of its kind to show live sports in the UK. Upon hosting its first round of fixtures, Amazon has since claimed that the two-day period saw the most new sign-ups since the company launched the Prime subscription service back in 2007.

Not only does Amazon’s success pose a real threat to the traditional cable rights holders and broadcasters, but it also serves as an exemplary model that other sporting authorities can follow to help enhance access to their sports. UEFA for instance recently announced its new UEFA.TV streaming service. The platform will give football fans from around the world instant access to highlights and clips from UEFA’s Euro 2020 tournament, the first of its kind to be taking place across multiple countries.

The addition of the OTT UEFA.TV platform will mean that the tournament can maintain a localized feel for fans through instant access to content despite taking place across the continent. Ultimately, the OTT revolution will enhance access to sports for fans across the world, exponentially increasing audience figures to sporting events around the world.

OTT appeals to a much younger audience; an audience that is far more receptive to advertising. For instance, a study conducted by Nielsen Media Research found a 40% drop in traditional cable-TV viewing figures among 18-24-year old’s in the last five years. At the same time, subscriptions for OTT services such as Netflix, Amazon Prime and Now TV have all continued to rise to such an extent that they overtook pay TV subscriptions in the UK for the first time in 2018.

This migration of younger viewers from over-the-air to OTT presents a wealth of opportunity for advertisers and marketing. It is well-documented that younger viewers are more receptive to advertisements, while it is also true that OTT viewers are more likely to finish an entire ad. AdTech company FreeWheel found that OTT viewers finish up to 98% of advertisements. Essentially what this means is that OTT provides advertisers with an abundance of viewers that are both more willing to consume, and more receptive to their advertisements.

Add to this that technological developments in Artificial Intelligence (AI) and Machine Learning (ML) which further enrich metadata, we should expect to see a change in the traditional advertising models that we have become accustomed to. It will be possible to fund a channel with advertisements alone, removing the need for subscription-based models.

We have seen great developments in advertising recently, with “addressable ads” the latest trend. These are television advertisements that can be targeted to specific households via user data. Almost every major TV network and provider has rolled out their own take on addressable advertising.

In the past, TV ads could target viewers based solely upon basic demographics like their gender and age. This meant somebody into health and fitness could get an advertisement for McDonalds, or a dog owner get an ad for cat food. Addressable ads aim to ensure the advertisements and messages are relevant to each viewer. Thus, OTT will lead to an advertising gold rush where organisations battle to secure prime time spots within big sporting fixtures to hit the new large and ad-friendly audience.

The OTT revolution in sports broadcasting will enhance access to viewing around the world. As more fans are able to engage with the world’s premium global sporting events, we should expect to see new OTT channels emerge that remove the need for subscription fees all together and become solely dependent on advertising to gain revenue. This in turn will further democratize access to sporting events for fans. The question now is when not if this will happen.