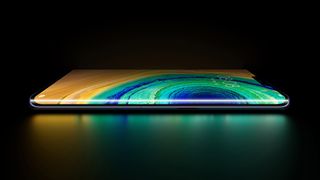 A consortium of Chinese smartphone manufacturers hope to challenge Google Play’s dominance on the sale of Android applications with a jointly-developed app platform.

According to a report, Huawei, Oppo, Vivo and Xiaomi are working together on the creation Global Developer Service Alliance (GDSA), which will allow developers to upload their wares onto each vendor’s marketplace.

The four companies account for a fifth of the global smartphone market, commanding the lion’s share of their homeland and significant portions of emerging markets.

They hope to leverage this clout and provide app creators with assistance and exposure in targeting these countries. It’s also possible they could charge less commission than Google does in order to attract interest.

The project would also give the manufacturers a bargaining chip when dealing with Google – whose services are banned in China – and allow Huawei to further reduce its dependency on US technology.

Huawei is prohibited by the US government from installing Google’s services – including Android and the Google Play store – on its devices. The company is working on its own mobile operating system known as HarmonyOS and recently launched its own marketplace called Huawei Mobile Services.

A March launch date had initially been the target but it is unclear whether this is still realistic. Three of the companies confirmed the existence of the venture to Reuters, but Xiaomi said Huawei was not involved. Oppo and Vivo two did not make any reference to Huawei, which itself declined to comment to the agency.