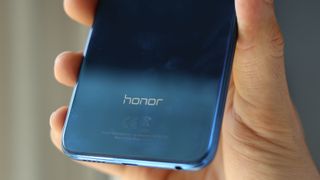 The global launch of the Honor 20 in London today (May 21) was supposed to be a casual, normal one for Huawei, the world’s second largest smartphone vendor behind Samsung.

However the legal roller-coaster that preceded it has now transformed the event into something special.

The past 24 hours have seen Google announce it is planning to pull the Chinese company’s access to many of its core Android apps and services, including the Google Play Store, Gmail, Search and Chrome - although this was followed a few hours later by the US Commerce Department temporarily lifting the trade ban with Huawei.

A behemoth with clay feet

At the core of the issue are ongoing accusations by the US of Huawei spying and collusion with the Chinese central government. Tensions have been simmering over the last 12 months before the Trump administration struck hard - and while Huawei has been developing its own OS in case of an Android ban, it is the clampdown on Google’s proprietary services that is likely to be the coup de grace.

While the impact of not having access to security updates and OS improvements can be mitigated and alleviated, having no access to Google's services will be a deal breaker for most Huawei smartphone owners who are likely to be brand agnostic (as revealed by this startling fact).

Huawei is globally known for its smartphone brands (both its eponymous offering and its separate Honor line) but the current accusations are likely to be related to its lesser known but equally critical enterprise business. Huawei is the world’s largest IT network equipment vendor, and it is easy to see how critical its hardware is to the global mobile ecosystem by looking at the impact of a total Huawei ban.

Put simply, if all equipment made by Huawei was removed from the consumer and business premises, millions in the UK would be without 4G and broadband for a very long time.

So the consumer arm of Huawei is - to some extent - a victim of collateral damage. Hundreds of millions of smartphones have been sold by the company and none - to date and to our knowledge - has been caught in the wild, transmitting data to Chinese servers. But the harm is done and the fear, uncertainty and doubt (FUD) is likely to have long lasting impact on Huawei’s smartphone business.

From Huawei to Honor

One can wonder whether it is now time for Honor, the challenger brand launched by Huawei a few years ago, to come out of the shadows and take over Huawei consumer altogether.

The two brands have been evolving side by side as Huawei prioritise a successful “divide-and-rule” strategy that saw it obliterate the likes of LG, HTC and Sony Mobile saleswise, and, thanks to its formidable marketing clout and savvy product placement, become the only real alternative to Samsung globally. That is until President Trump intervened.

So what could Huawei do? Could spinning Honor, a brand that is not tainted by accusations, as a separate company be the answer? Or perhaps more importantly, will it be enough. Huawei never disclosed numbers separately but Honor is likely to account for less than 10 percent of the estimated 200 million smartphones that the Chinese company sold in 2018. Honor is growing fast, but not fast enough.

Spin-offs or splits in tech is a rare occurrence: HP split into HP Inc and HPE and eBay spinning off PayPal in 2014 were the two notable ones in the last decade.

The thing here though is that there’s no financial impetus to split the company given that Huawei smartphones accounted for around half of the company revenue in 2018 and were growing at 45 percent. That compares very favourably with the 1.3 percent drop in revenue from the company’s network division. In other words, smartphones keep Huawei buoy; cut it away and the remaining Huawei is likely to sink.

One word about the other challengers; Huawei’s struggles will benefit the other Chinese smartphone brands. Expect Xiaomi, OPPO (and its Realplus subsidiary), Vivo, TCL (owners of Alcatel-TCL, Palm and BlackBerry) and OnePlus to vie for global supremacy as uncertainty clouds the future of Huawei (and Honor) as a smartphone brand.

Honor 20, what businesses should know

The Honor 20 is more of an iteration on the Honor 10 while the Honor 20 Pro aims to push visual boundaries even further under any light conditions with one of the highest DXOMark to date. Better (and more) cameras, better hardware and the latest version of Android.

For businesses though, this will mean little without support for Android and Google Web Services. One small note though for the truly incredible camera performance in the dark, not far from night vision territory without infra-red.