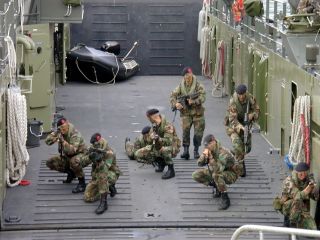 Our clothes could be turned into power supplies in the future, thanks to a new machine from Florida-based manufacturer, Hills. The machine is able to make nanostructured fibres which allow clothes to generate and store energy.

The fibres are formed from up to three different materials arranged in regular, nanoscale patterns visible in cross section. The fibres can be assembled combining positive and negative battery electrodes and electrolytes into individual threads. These threads can then be woven into uniforms and coupled with threads that act as fuel cells or photovoltaics, acting as rechargeable batteries, Technology Review says.

The technology is currently being integrated into soldiers' uniforms at the US Army Natick Soldier Research Development and Engineering Centre, in Natick, Massachusetts.

The new fibre technology could mean that in future soldiers won't have to lug around heavy batteries for gear ranging from night-vision goggles and laser range finders to radios and networked computers. The energy stored in their uniforms would also last longer than conventional batteries, said a member of the macromolecular-science team at the Natick soldier centre.