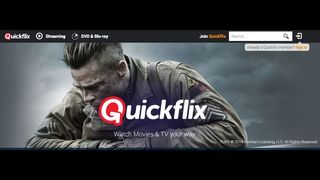 Between June and December last year, the Australian streaming and DVD service Quickflix, was operating at a loss of $8.6 million, more than doubling its loss from the previous quarter.

$2.9 million of this was a write-down (a devaluation of intangible assets) likely due to the influx of the StreamCo streaming service: Stan, 7 West Media and Foxtel's Presto Entertainment and the imminent arrival of US streaming behemoth Netflix in Australia this month.

In the month of December, Quickflix had a record number of new signups, giving a little hope for the January and February 2015 numbers but this was negated by the 5% drop in paying customers for that month.

The volume of Quickflix subscribers using the streaming service went up 70 per cent in 2014, edging in front of the alternative mail-reliant DVD service to become the preferred method of Quickflix delivery.

Though the company is optimistic that the arrival of Netflix in March, will bring further awareness about streaming services and lead to an influx of Quickflix customers, there will undoubtedly be new challenges for the company in the coming year.